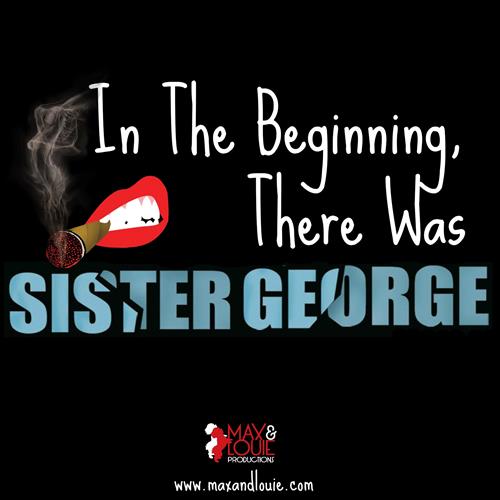 By: Laura Peters, Board President

Before there was Bruce or Caitlyn Jenner, before same-sex marriage, before gay pride and before AIDS…even before disco, there was Sister George. George was a new kind of leading lady, and audiences sat up and took notice.

In 1965, when The Killing of Sister George opened in the West End, London audiences were thrilled and appalled, as were New York audiences a year later. A steamy lesbian scene, interpolated into the 1968 film, earned George a newly-minted “X” rating.

She would have been proud of that. George, was before the Stonewall Riots. Still, she has that warrior spirit. Perhaps she helped inspire that rebellion.

George came after Christine Jorgenson (remember her?), the first woman who publicly transitioned, and who put the concepts of “gender” and “identity,” together in a whole new way. George has that same rebel streak in her lineage.

The Killing of Sister George was a long theatrical leap from Lillian Hellman’s The Children’s Hour, perhaps the very first straight drama (pardon the expression) to use the question of homosexuality as its dramatic crux. In that 1934 stage play, simply referencing “the love that cannot be named” was daring. But the drama had a harsh moral: whispers and innuendos about the characters’ sexuality ruin their lives. The two women in question suffer greatly for their “unnatural” feelings.

George wouldn’t put up with that nonsense. Not for one minute.

Oh, our girl might guzzle another shot of something strong. Perhaps she’d gnash the cigar between her teeth, or even do something unspeakable to her flat mate. But George would stand her ground, and she’d never apologize.

George is the one, solid, sure character in a cast full of equivocating, compromising women. She stays ever true to herself, and to the woman she is.

Frank Marcus has said that he wrote The Killing of Sister George as a “farce,” and hadn’t meant it as a serious treatment of lesbianism. It seems, however, that so little mainstream literature about lesbians existed at that time, Sister George became very seriously regarded.

And George would think that was a very good thing. Perhaps that regard has had something to do with Caitlyn Jenner having the bravery to acknowledge who she really is. Maybe the Supreme Court’s current serious consideration of same-sex marriage, and the breakthrough represented by a transgender individual highlighted on the cover of Time and Vanity Fair magazine have some small reason to thank Sister George and the actress who plays her.

To some, the butch Sister George might be considered a stereotyped version of a lesbian. But in her day she was almost all there was, and it required some gumption for her to be out there at all.

Maybe, in her own tweedy, mannish way, George has made her contribution to gay pride.